The peculiarities of soil temperature regime and occurrence of permafrost table in the postagrogenic meadow ecosystems developing in the cryolithozone in the European north-east of Russia in the context of the self-restoring tundra vegetation succession expansion have been investigated (2009–2016). A comparative analysis of the studied parameters with those pertained to meadow (agrogenic) ecosystems in the period of their agricultural development (1996–1999) is provided. Recent increase in the temperature of loamy Anthrosols and Stagnosols/Cryosols (gleyzems) is associated with the permafrost table depth changing from relatively shallow to below 2 m as a result of climate change-driven activation of the self-restoring tundra vegetation succession. Specifically, within the observation sites located on the river terrace and watershed, the increased soil temperature during the study period has prompted an increase in the active layer thicknesses from 1.5 to 1.8 m and from 1.8 to 2.0 m, respectively. 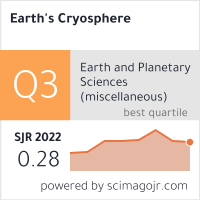